Since high school, Jorge Colon has been looking to Southern Westchester BOCES to develop his professional skills and advance his career.

Now a 39-year-old father of four, he is benefiting from a partnership between the City of White Plains and SWBOCES that is already paying dividends. Little more than halfway through a 12-week HVAC training course at SWBOCES’ Valhalla campus, he has landed a maintenance position at Pace University. 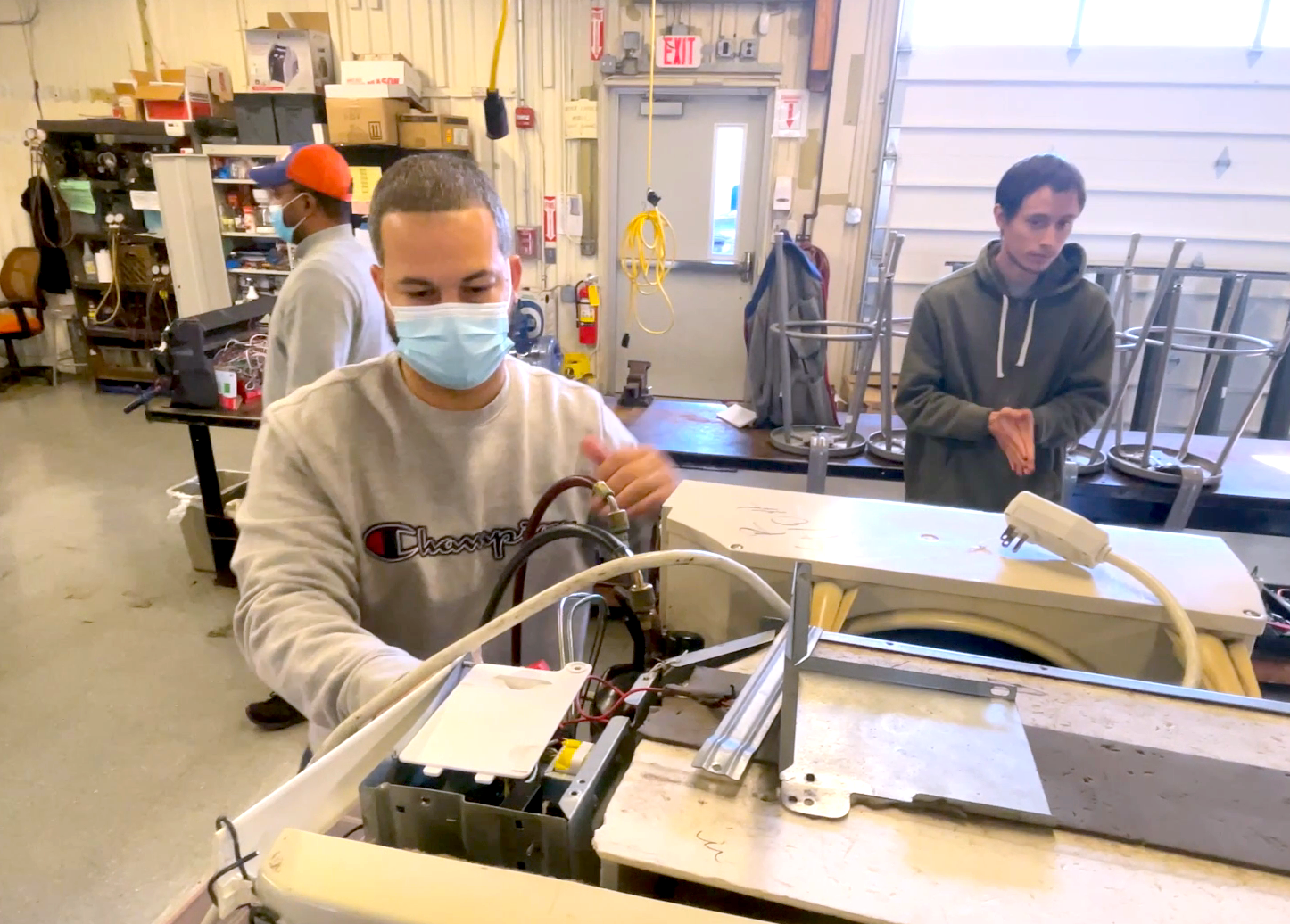 Mr. Colon credits the training he has been receiving under a grant from the City of White Plains that is earmarked to offset tuition costs for city residents enrolled in SWBOCES Adult Education programs.

“They gave me the tuition to come here, which helped me a lot, because I have four kids and it’s hard to save money,” he said. “So they made it possible.”

Mr. Colon believes it’s never too late to learn. It’s a lesson he and his wife want to teach their children by example. He has been working in insurance sales in recent years but wanted to do something different and change his life for the better.

Judith Mezey, Deputy Commissioner of Planning for the City of White Plains, said that the city awarded Southern Westchester BOCES a $50,000 Community Development Block Grant to enable individuals like Mr. Colon to pursue their desired career paths. CDBG funds entail income requirements and must support an eligible activity, in this case job training.

“We have been so thrilled to be able to support job training and to help people move into better paying positions,” Ms. Mezey said. “We have been especially thrilled to have Southern Westchester BOCES as a partner in this.”

Betsy Evans, SWBOCES Coordinator of Adult & Continuing Education, met Mr. Colon when he attended an open house and quickly realized he was eligible for the tuition assistance. SWBOCES relies on many such community partnerships to ensure students can pursue job training and further their careers.

“I can’t even tell you how gratifying it is to watch someone come in to learn a skill and translate that into a real career,” Ms. Evans said. “We are so grateful to the city of White Plains for its partnership and support in helping our students realize their dreams to make a better life for themselves.” 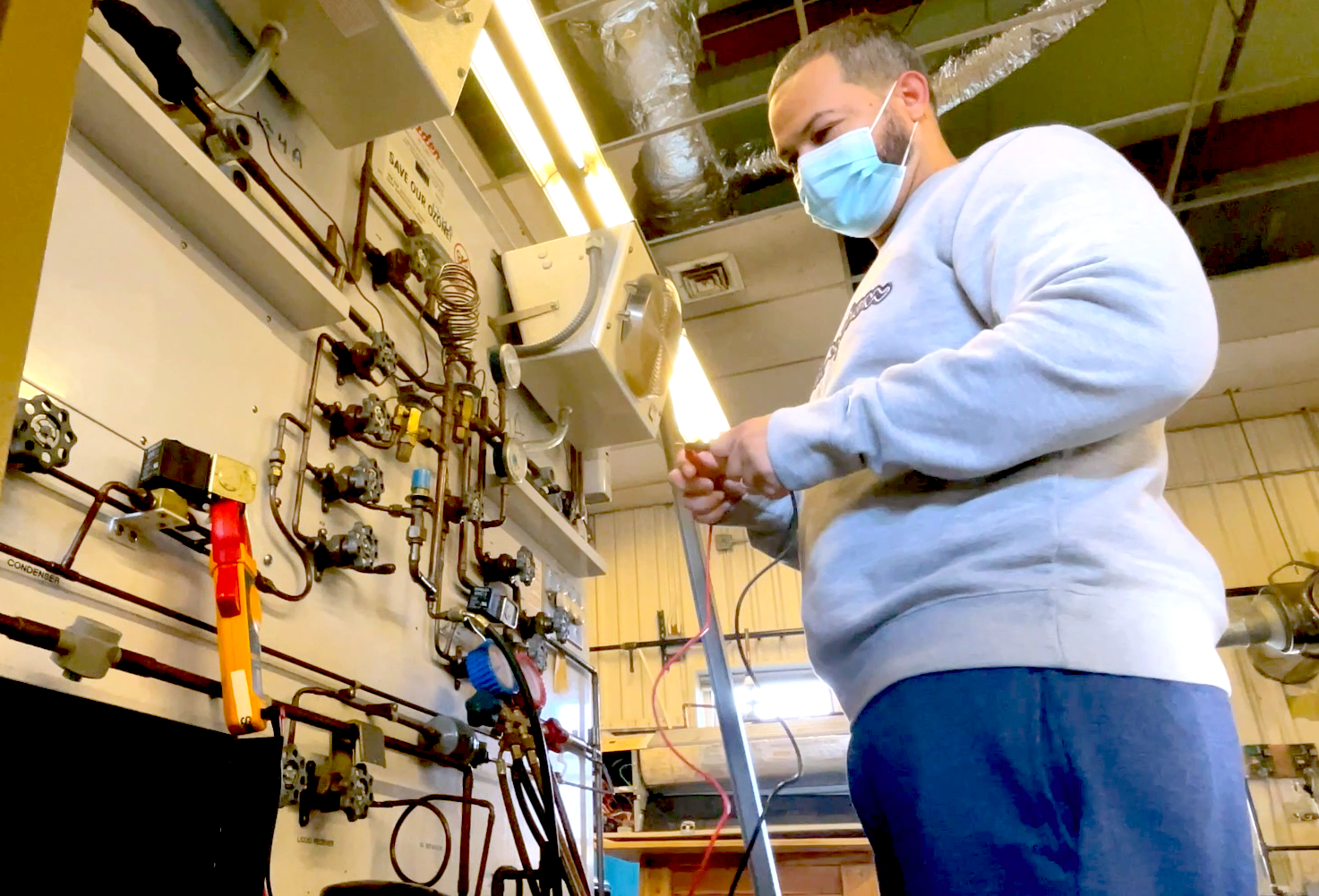 Mr. Colon’s first experience with SWBOCES was as a high school student, when he studied computer information technology. As an adult learner, he returned to learn carpentry before coming back yet again to study HVAC. He said he encourages his own children—ages 18, 14, 11 and 4—to consider SWBOCES as well.

He hopes eventually to run his own HVAC business and give others opportunities like those that have benefited him. He encourages anyone with a similar desire and drive to consider SWBOCES programs.

“I’ve been working hard since I was 16 years old,” Mr. Colon said. “I’ve always loved to learn different things, to expand my horizons, because you’re never too old to learn something new.”

Get real time school updates on your mobile device with eChalk Notify.

Connect with code F58Q2A to get instant alerts or log in with your eChalk user account for the latest updates from all your classes and groups.